New York’s home-based dance music festival, Electric Zoo, revamped itself with all new additions, technology, and stages. The thirteenth edition of the music festival took over Randall’s Island again this Labor Day Weekend. But, it wasn’t a wild trip with neon animals and themed stages. Instead, the Electric Zoo Festival went 3.0 with the help of new partners and a futuristic theme. Over 100,000 attendees from 50 states and 50 countries traveled to New York City to experience the newly innovative festival.

It was beyond their most superb edition of the longest-running dance music festival in New York. There was a complete renovation of the layout, stages, VIP entry, and invited artists. A slew of the best rising underground talent from Truth x Lies, Pretty Pink, CANVAS, and Black Carl! On Randalls Island, top-tier sets were heard from globally renowned legends, including Tchami, Loco Dice, Cristioph, Gorgon City, Diplo, Camelphat, Armin van Burren, and Carl Cox. 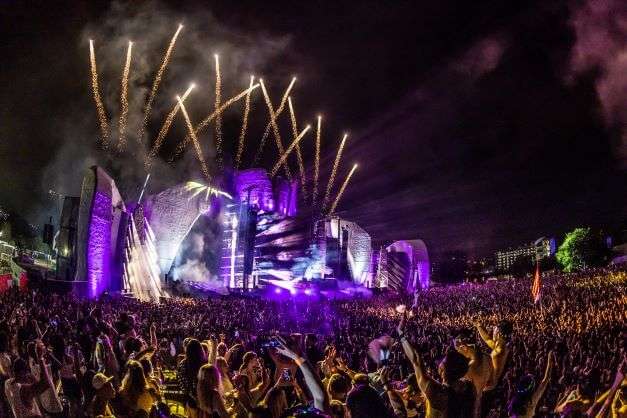 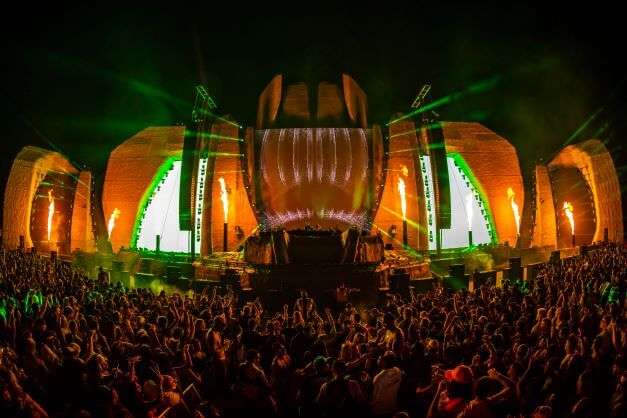 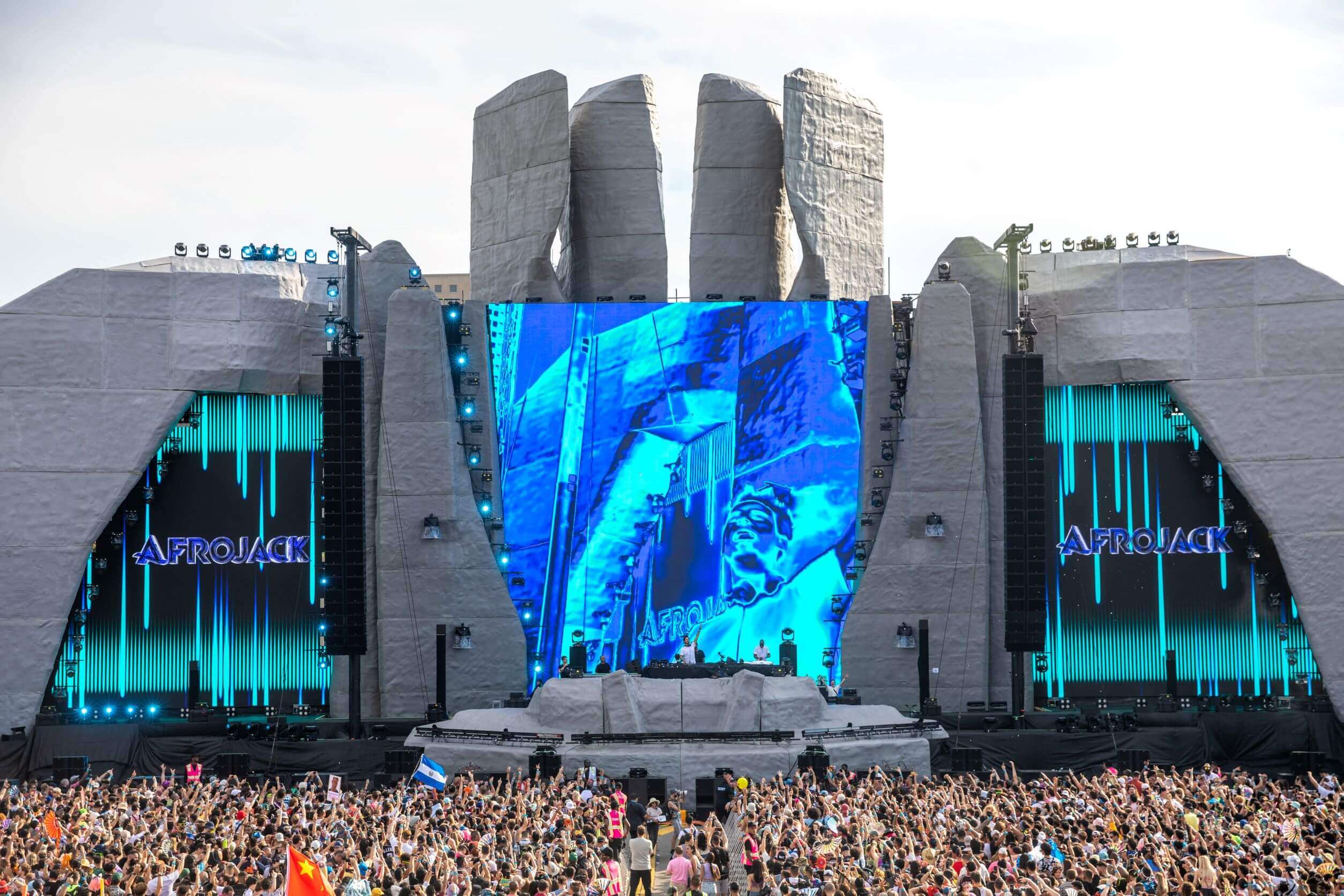 “One of my favorite places in the world to play. It’s a pleasure to see so many fans here at Electric Zoo”

The all-tech and innovative festival brought a new way of payment to the festival grounds. The cashless top-up could be highly frustrating for some attendees because they are cash-only people. However, there were many top-up tents throughout the lands where they took cash or credit to load up funds on the wristband for drinks or merchandise. This payment option was made so attendees would have fewer wallet and ID losses. Plus, a safer and easier way to spend all your money at the festival.

Another new feature of EZOO 3.0 was the sole focus on crafting and making immersive stages for all attendees and performing artists. The four re-imagined stages surpassed expectations with the latest technology to eliminate sound bleeding between locations. In addition, all-new names and designs of the Antheon, The Landing, Morphosis, and Levitron stages created visual and hypnotic pyro, fireworks, and massive LED walls.

This stage was only about the best house music. Making their fourth EZoo appearance, the West Coast party brand Brownies & Lemonade. Other artists who played on the stage were Netsky, Kyle Walker, Will Clarke, Cristoph, Eden Prince, VNSSA, CID, Sidepiece, AC Slater, and Apashe. The stage was located at the back of the festival, replacing the hilltop location and stage theme.

“I’ve wanted to play EZoo for years and years. It’s a big bucket list festival for me. It’s one of those festivals as an artist you see on social media, and you think – that’s the festival I want to play at one day. To be here is the best feeling ever!”

The multi-genre stage consisted of talent from techno to future house and bass. It was engulfed in an interstellar visual-audio experience. Among the lasers and pummeling electronic music, fans did not miss sets from Tchami, Jauz, Svdden Death, Shaq (DJ Diesel), Loco Dice, and Carl Cox. The Landing was one of the festival’s main attractions with “hip-hop-informed house courtesy of Loco Dice, funk-infused techno from Detroit’s D.J. Holographic,” and European house music starts Ilario Alicante, Andrea Oliva, and Chelina Manuhutu.

The experience at the stage was a deep kaleidoscope of sounds and visual effects. Talented performers ranged from trance, wub-bass, and dubstep. Taken over by Lab Group, Champagne Drip, Peekaboo, Trivecta, and world bass artist CloZee and her Odyzey label.

This stage was also known as the Mainstage but not on the festival map. World-class mainstream dance music was performed at Antheon. It was the most significant stage among the others. It was wide with multiple LED screens. New production partners from Avant Gardner and Brooklyn Mirage helped design the stage. They created a massive screen for the most significant festival visuals. The stage will hit the record books for sure! At the stage were legendary DJs such as Lost Kings, Vini Vici, Gordo, Subronics, Martin Garrix, John Summit, Chris Lake, Slander, Porter Robinson, Afrojack, and rising star Pauline Herr.

EZoo is known as “the last dance of summer.” This year’s festival wholly transformed all the dimensions and details, making it a new image. It created a unique experience for attendees and did not disappoint any guest or artist. It was the highlight of the summer with the best weather that was granted on the 2022 Labor Day Weekend. Everyone looked their best with iconic and creative festival outfits. Plus, the different curated stages with absolutely no sound-bleeding. It was a memorable weekend where the best highlights were stamped for eternity. It’s wild how imagination and creativity came to life in three days. It will be exciting to see what is in store for next year. Will they make a new theme? Will it be EZoo 4.0? Back to the Zoo? All expectations were shattered, and the festival will remain a fan favorite internationally.

“We’ve set a goal of bringing an improved experience for EZoo fans during this transitional year by introducing all-new stages, innovative production, and a more immersive feel to the festival. I believe we’ve done the best we could in the short time that we had – now, with a full year of preparations, we are going to take the next step and welcome New Yorkers and guests from all over the world into a new era of festival experiences!”

Arriving at a decent time, it was effortless grabbing credentials. I was arriving just before the sun-kiss set from Diplo, first seeing Bijou for a blood-pumping introduction to the beginning. Then, I was in the photo pit for Diplo’s mesmerizing set playing all of his iconic tracks and giving the crowd exactly what they wanted. Then, as the moon rose over the vast sea of people, Slander arrived to perform at the Antheon stage. The first night usually involves walking the entire festival grounds to know everything. However, that wasn’t the case this year since all placements for VIP access, vendors, and toilets were very easy to find. First, I met up with my best friend from out of town. Spending time with her at one of our favorite festivals was a blast. Next, we saw sets from Tchami and Porter Robinson from the VIP area. The renovated VIP sections were spread across the festival grounds, with different sections for each stage. The main VIP section was dripping with gorgeous decorations, comfortable lounges, and seating. VIP even had its bar and food vendors. It was a beautiful sight to see the artist perform on the main stage and create an extraordinary experience to end the first night. 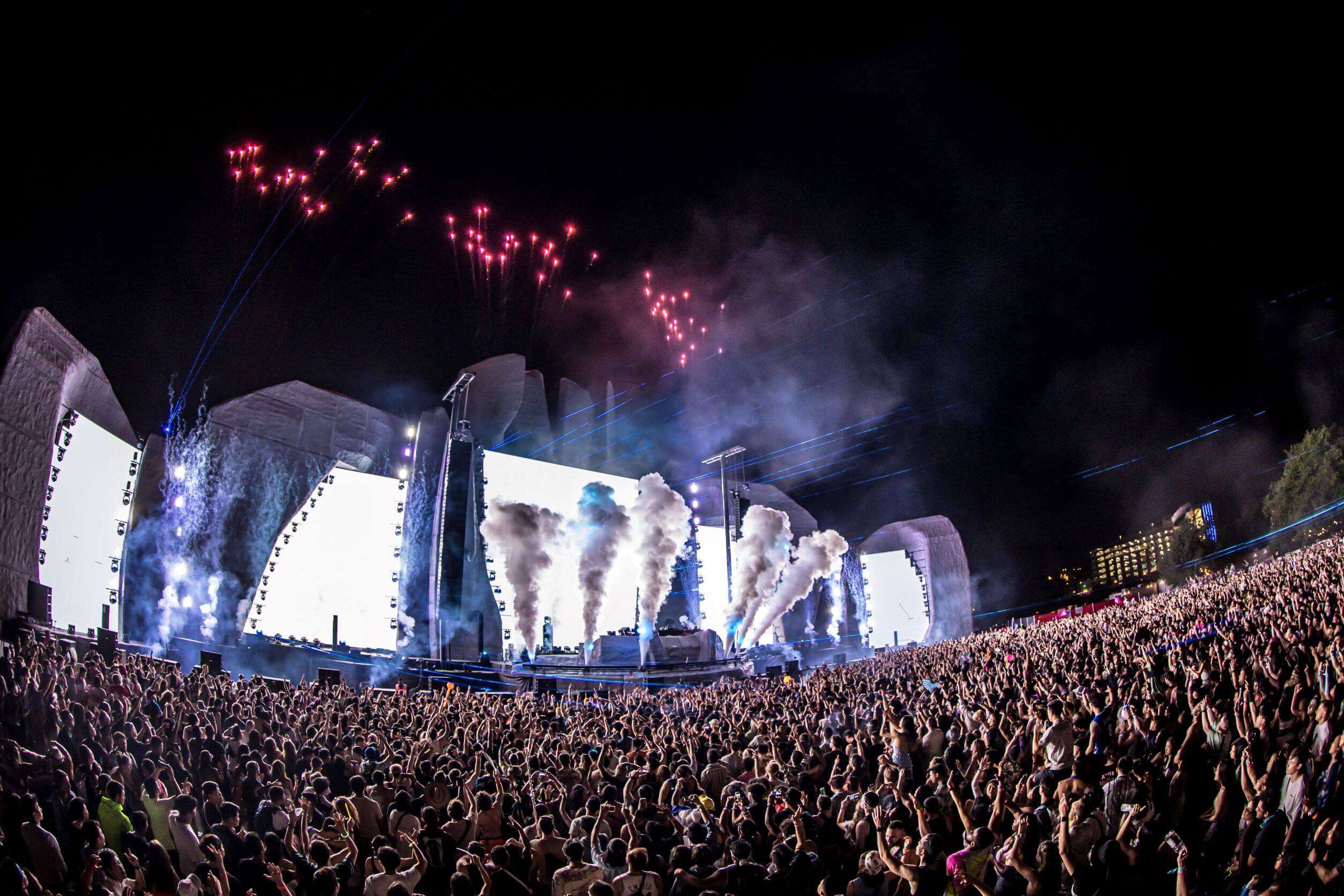 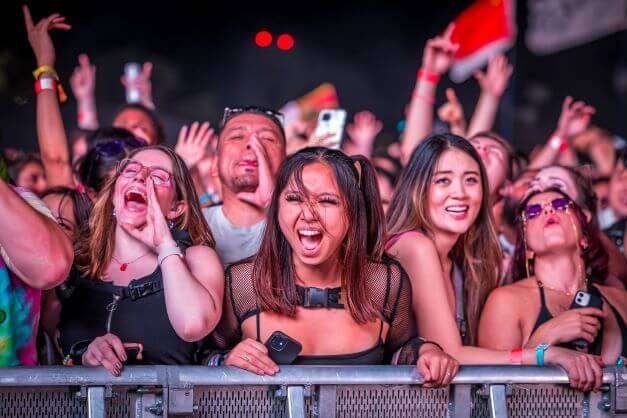 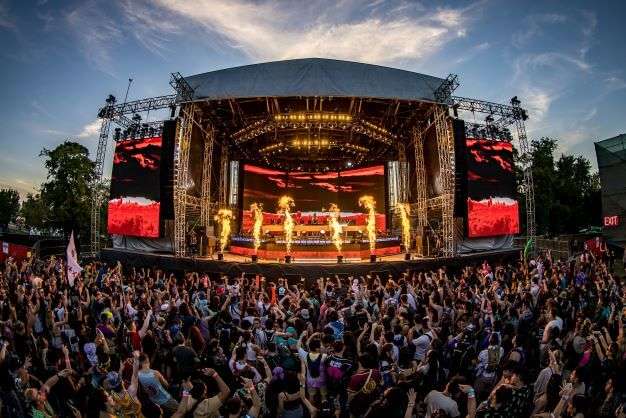 The second was one of the best days, more of the talent my schedule was playing that day. I arrived just before my favorite John Summit took over the Antheon stage. The colors in the sky paint a magnificent picture for all of the EZoo to vibe as John Summit slays the main stage. Golden Hour was setting on Gorgon City as they took over the Antheon stage.  The British duo played all fan favorites, such as singles from their latest album ‘Olympia’ and my personal favorite track, “You’ve Done Enough,” which took me on a dancing trip. Gorgon City also incorporated “Ready For Love,” “All Four Walls,” and the classic “Imagination.” After their set, they couldn’t believe the outcome and the positive vibes from the crowd.

Night has fallen over the EZoo grounds. The all-mighty Shaquille O'Neal, aka DJ Diesel, performed at The Landing. The crowd was headbanging to his wild performance as he set the mood. I saw the end of Will Clarke’s set in time for the progressive producer Cristoph. I scored a perfect front-row spot with my friends to see Cristoph. A personal favorite of mine, his talent for mixing dark euphoric tracks, made him the legend he is today. It was one of the best sets of the night. Together we stayed for the entire set, it was so moving and tranquil. 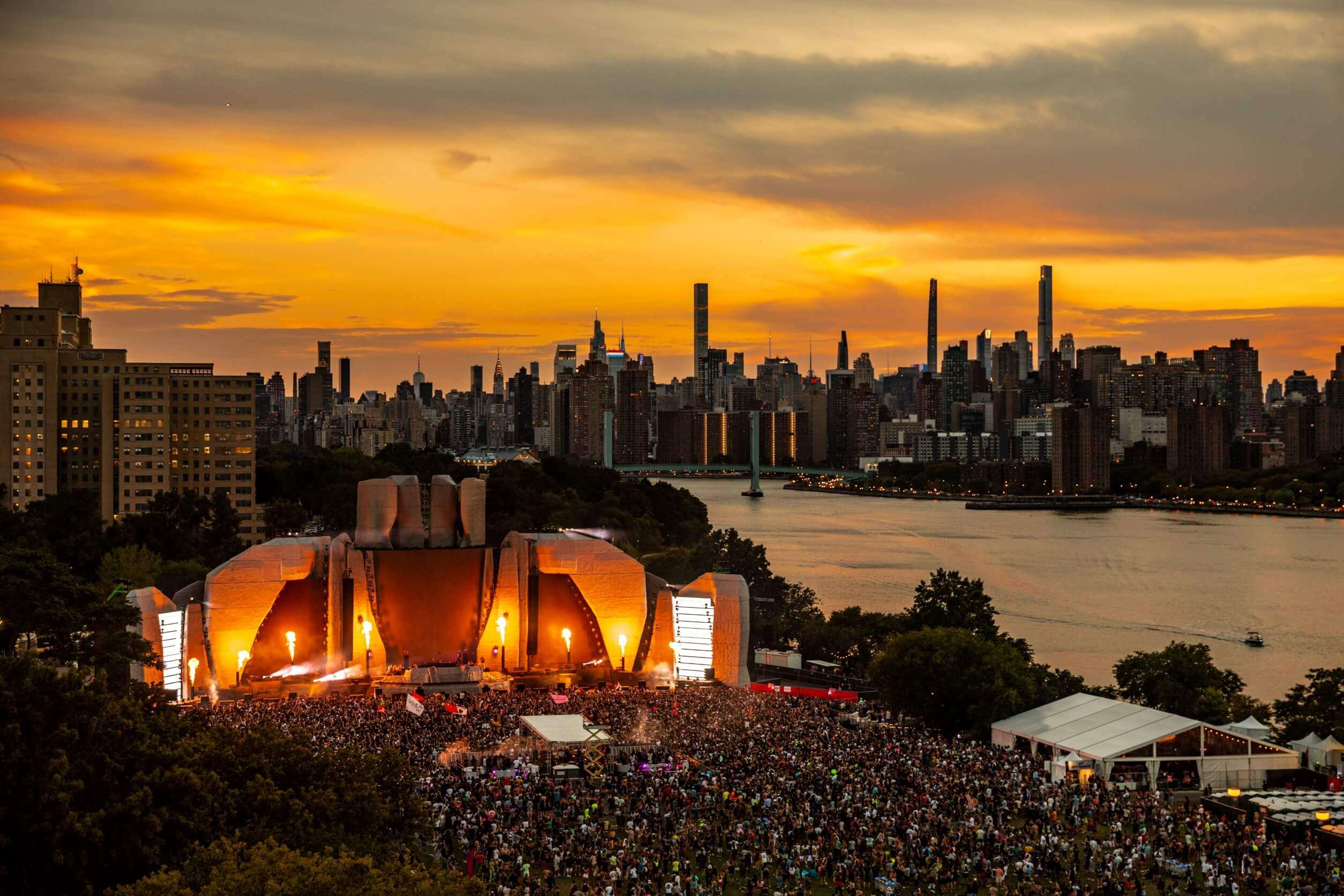 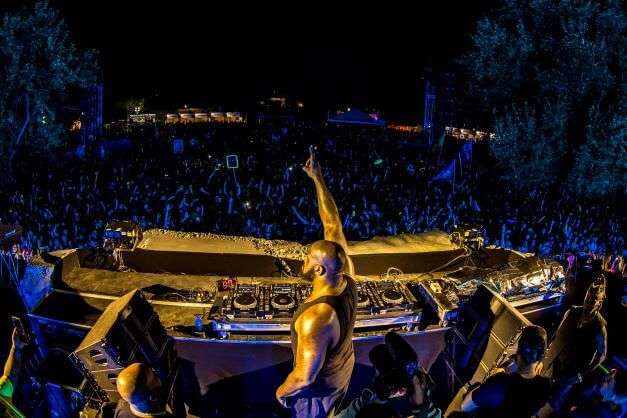 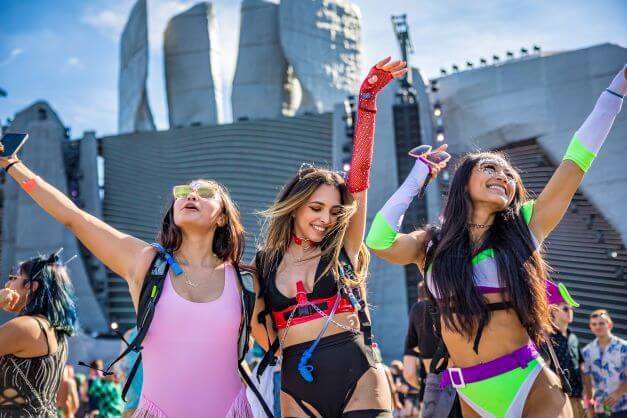 The final is days a struggle. After going hard the first two days, I arrived when the clouds formed a sun shower for everyone. People took cover or danced in the rain to the music. Mostly house music was on the schedule for the final day of EZoo. I mainly switched back and forth between Morphosis and The Landing stages. VNSSA, CID, and Sidepiece performed at the Morphosis stage, where I got my groove on. The set from CID completely blew me away with his soothing house music set, it was funky and rapturous. It was the first time seeing the new house duo Sidepiece. The members who make up this fresh duo are Nitti Gritti and Party Favor. There were nominated for a Grammy in 2021 under the Best Dance Recording segment for their 2019 single On My Mind featuring Diplo. The duo took the crowd on a fun ride through different realms of house music.

It was time for the King of Techno, Carl Cox. We managed to cut through the crowd to get the best spot upfront for The King. Carl Cox's first performance at Electric Zoo was in nearly a decade. The Landing stage was packed with Techno heads so they could get a taste of his beats. I showed security my photo pass and was granted stage access to see Carl Cox. It was surreal seeing the King perform on stage. His set was a mix of techno, funk, and old house classics. Everyone on stage and in the crowd danced the night away. He says his famous words, “Oh Yes, Oh Yes, Oh Yes!” - yes indeed! It was the best performance of the night. The incredible vibes from the artists and the group of friends I was with were the icing on the cake for the perfect ending of the Electric Zoo Festival 2022. I had tears of joy at the end because I attended a few disappointing festivals however this was the best of the entire summer season. 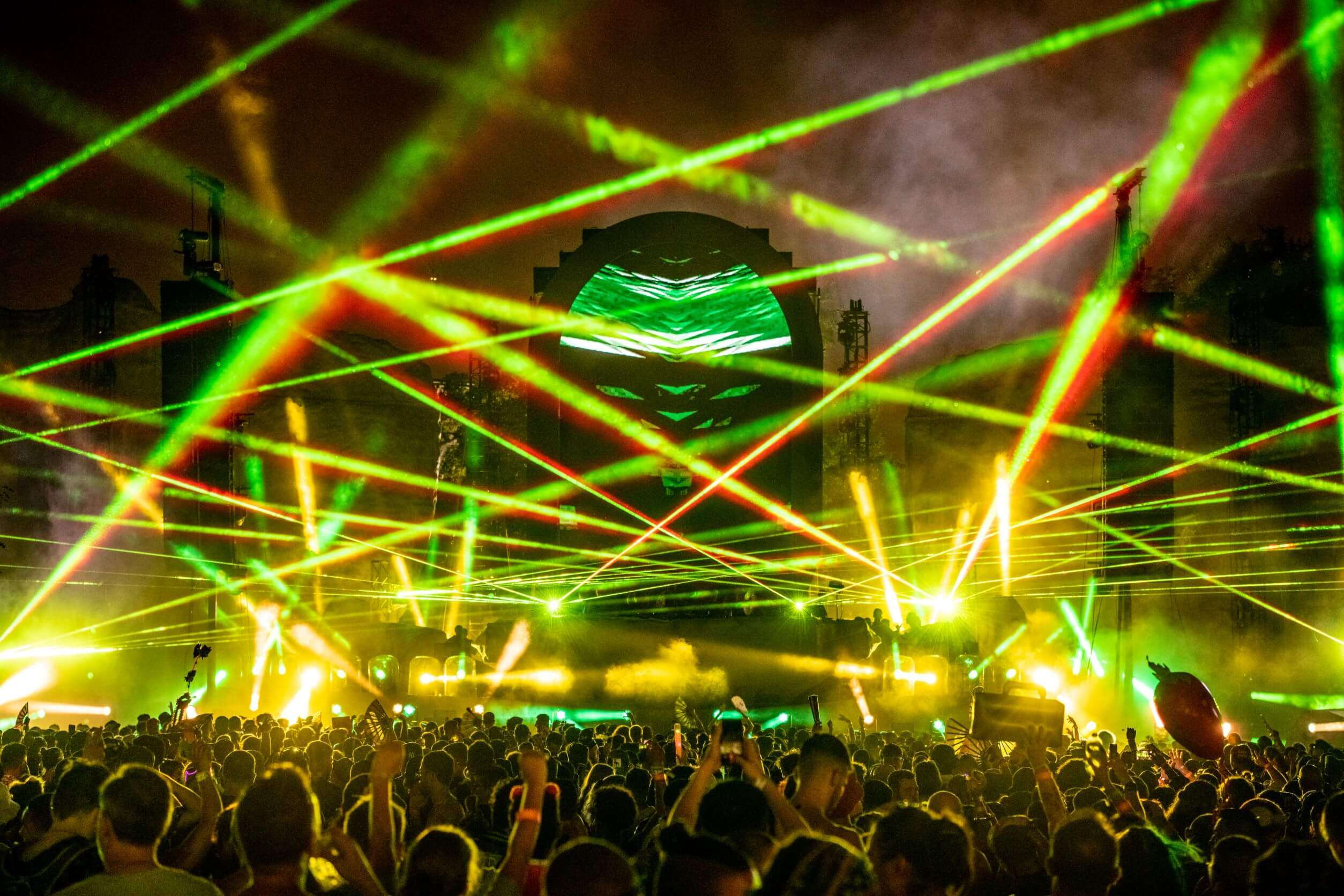 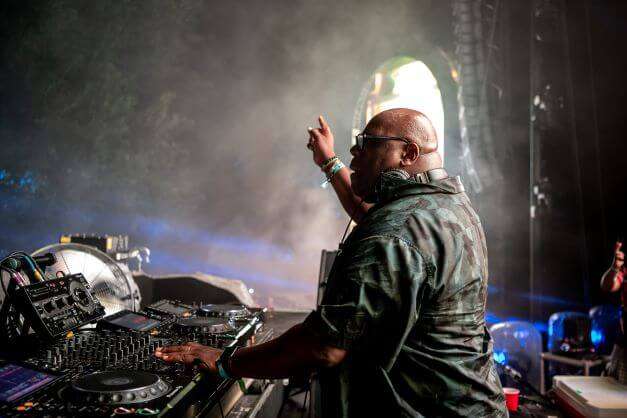 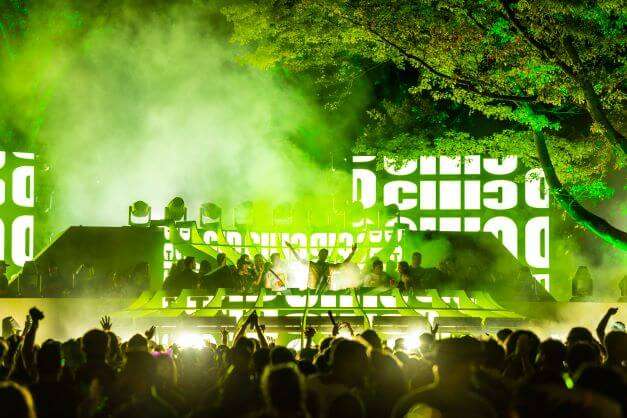 EZoo has had its ups and downs but will always remain New York City’s biggest dance music festival. It's a beloved favorite for dance music genres as it caters to all realms. This year was their biggest yet, from the reconstruction of production and the new 3.0 theme, it was their most successful year ever. Can EZoo 2023 outdo it? Will it reach a new level in festival production? The EZoo is already working on what’s in store next year.

“Having spent 13 years with EZoo since its inception, I have to say that this was one of the most special editions we’ve ever had. Working together with the new ownership, we’ve brought about the start of an inspiring collaboration. We’re thrilled by the support and positive feedback from our fans, artists, and the industry – and can’t wait to show everyone what we have in store next year.”