Electric Zoo Festival is New York City’s home to the sample dance music event. Year after year, the festival draws in a bigger crowd with new surprises and renditions.  Thousands of attendees gather in Randall’s Island Park annually, making it the ultimate “last dance” of the summer that sends the season out with a bang all Labor Day weekend long.

With a new 3.0 theme for the 13th edition by transforming New York’s Randall’s Island Park into a tech-driven, electronic dance music paradise. This year’s edition offers all new dimensions of sight and sound with stage designs, interactive installations, and the most diverse lineup in EZOO history. The 2022 lineup features Porter Robinson, Canvas, Redrum, Pretty Pink, Black Carl!, Cheat Codes, VNSSA, Netsky, John Summit, AC Slater, G Jones B2B Eprom, and much more. Plus, the showcase stages are curated by fan-favorite artists like CloZee, Carl Cox, famous party brand Brownies and Lemonade, and more. WHILE THERE ARE A THOUSAND+ REASONS WHY YOU SHOULDN’T MISS EZOO, HERE ARE 11 THINGS NOT TO MISS AT ELECTRIC ZOO 3.0!

This year EZoo will have utterly new stage designs fused with AI technology. Surrounded by lush greenery, prepare for EZoo's first fully-immersive experience. What used to be called Hilltop Arena will be replaced by The Landing. Positioned uniquely on the festival map for the perfect position for no sound bleeding for festival attendees. As Ezoo retires 'The Grove,' they welcome to the 3.0 family Morphosis, the stage where house music evolves. 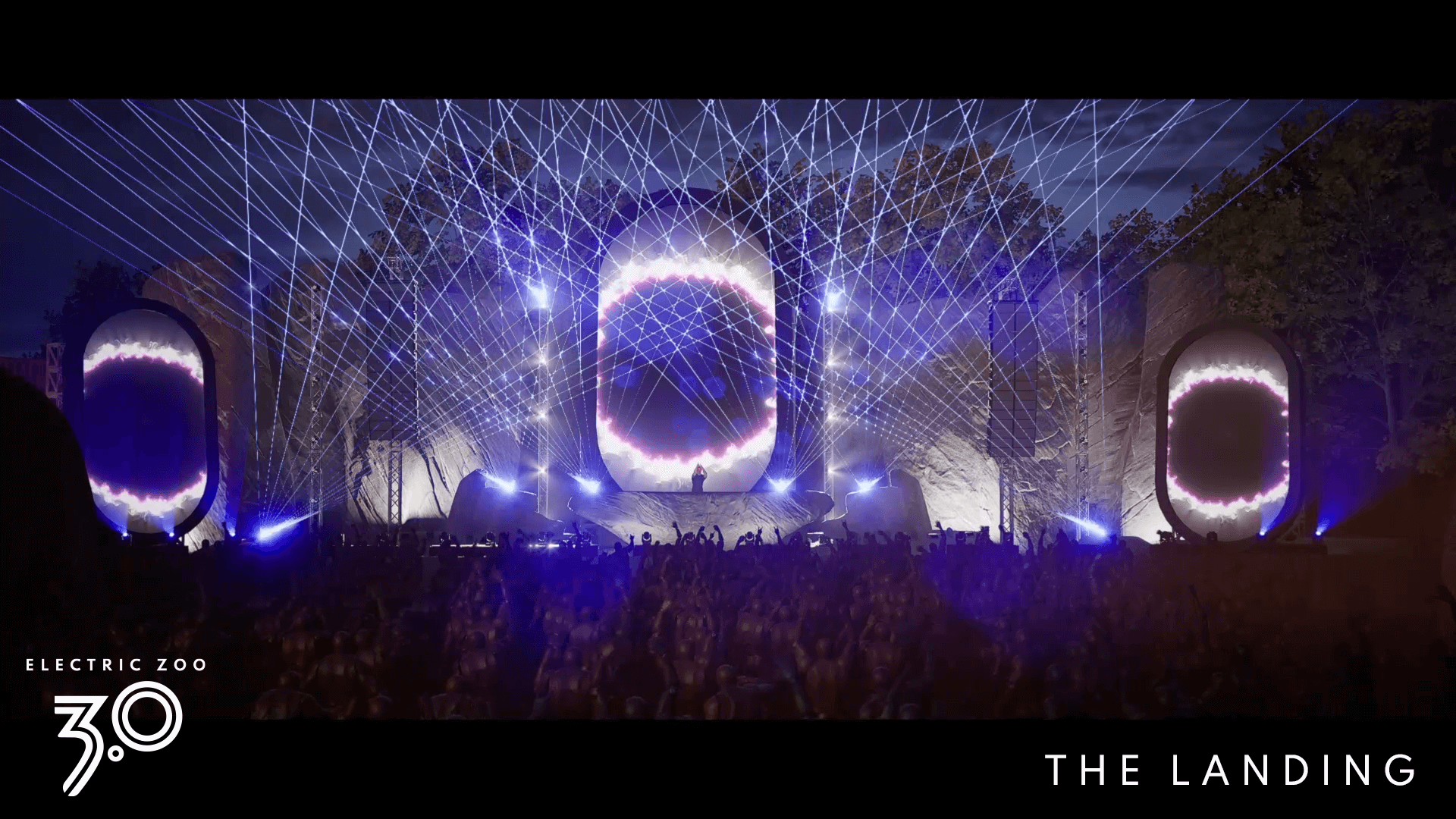 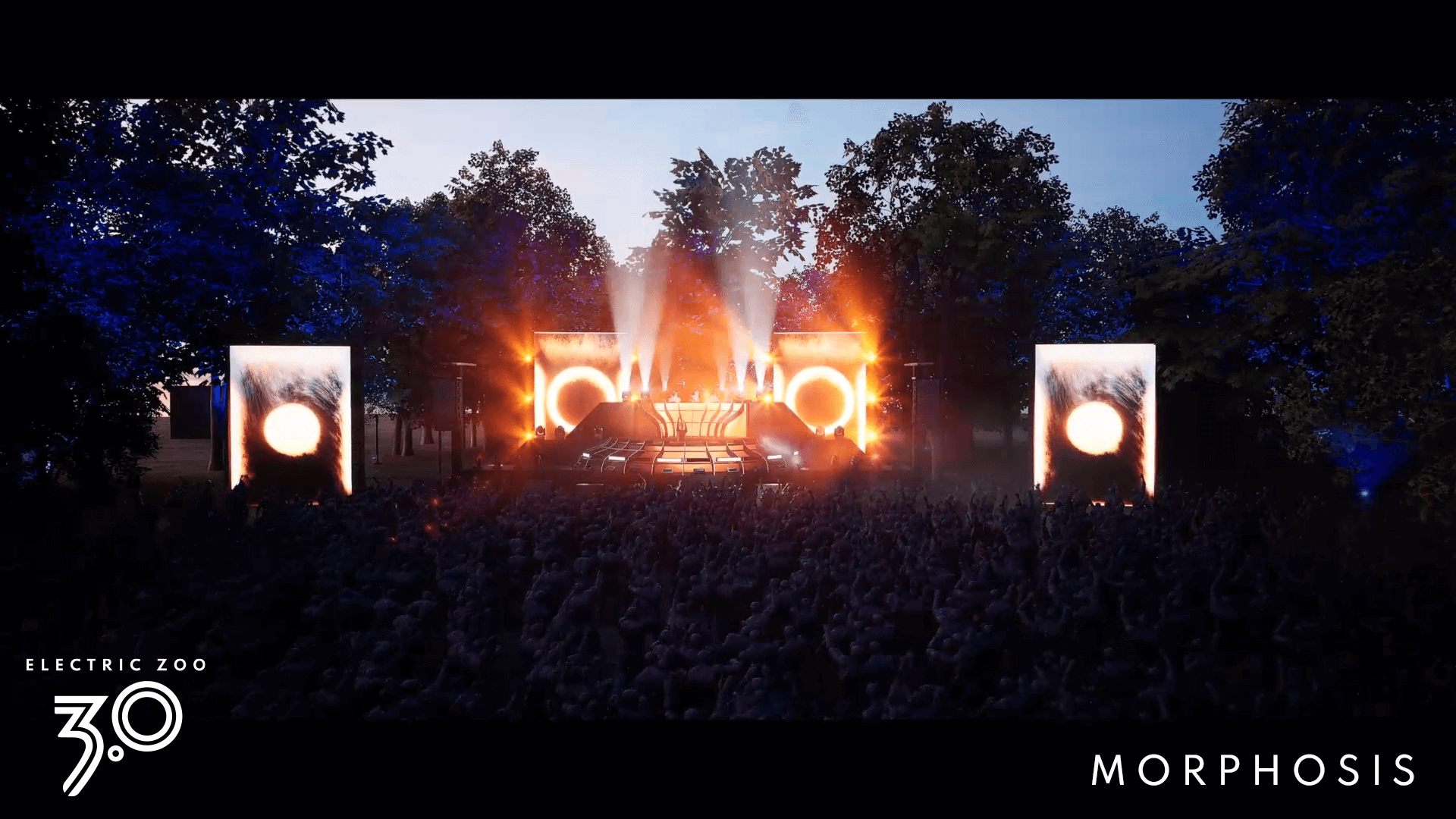 This year’s Electric Zoo will be the biggest and best, thanks to the innovative new 3.0 theme. Combining the festival with the technology revolution dominated Web 3.0 and more innovative technology. Think of it as a system update across the board, addressing issues like sound bleed, adding additional VIP areas, refreshed site map configuration, more free accessible water stations, all new stage designs, and more. 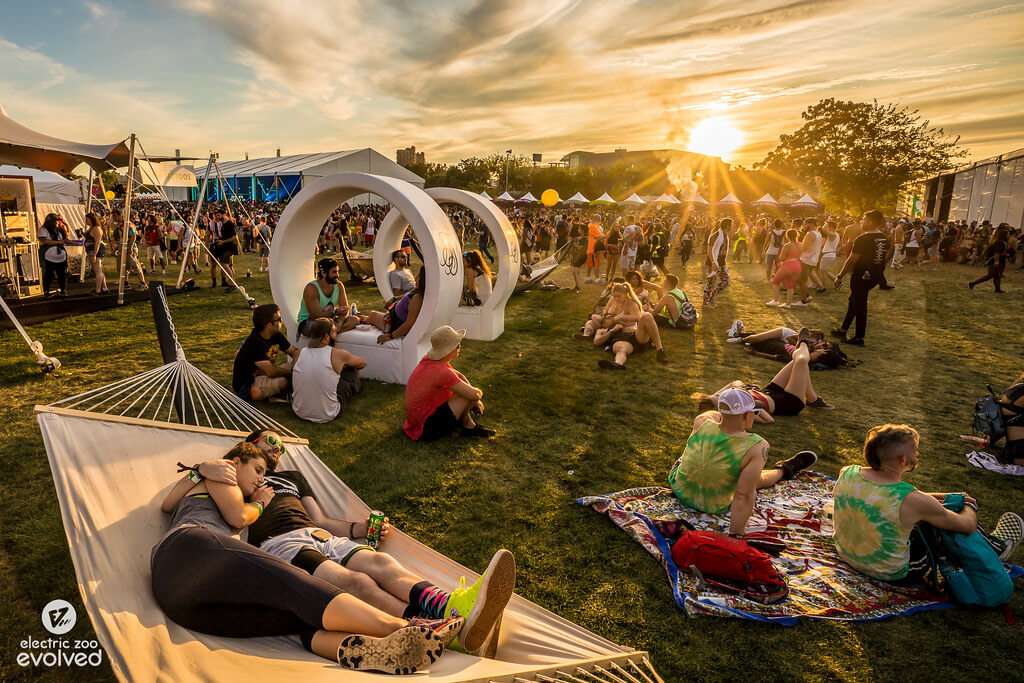 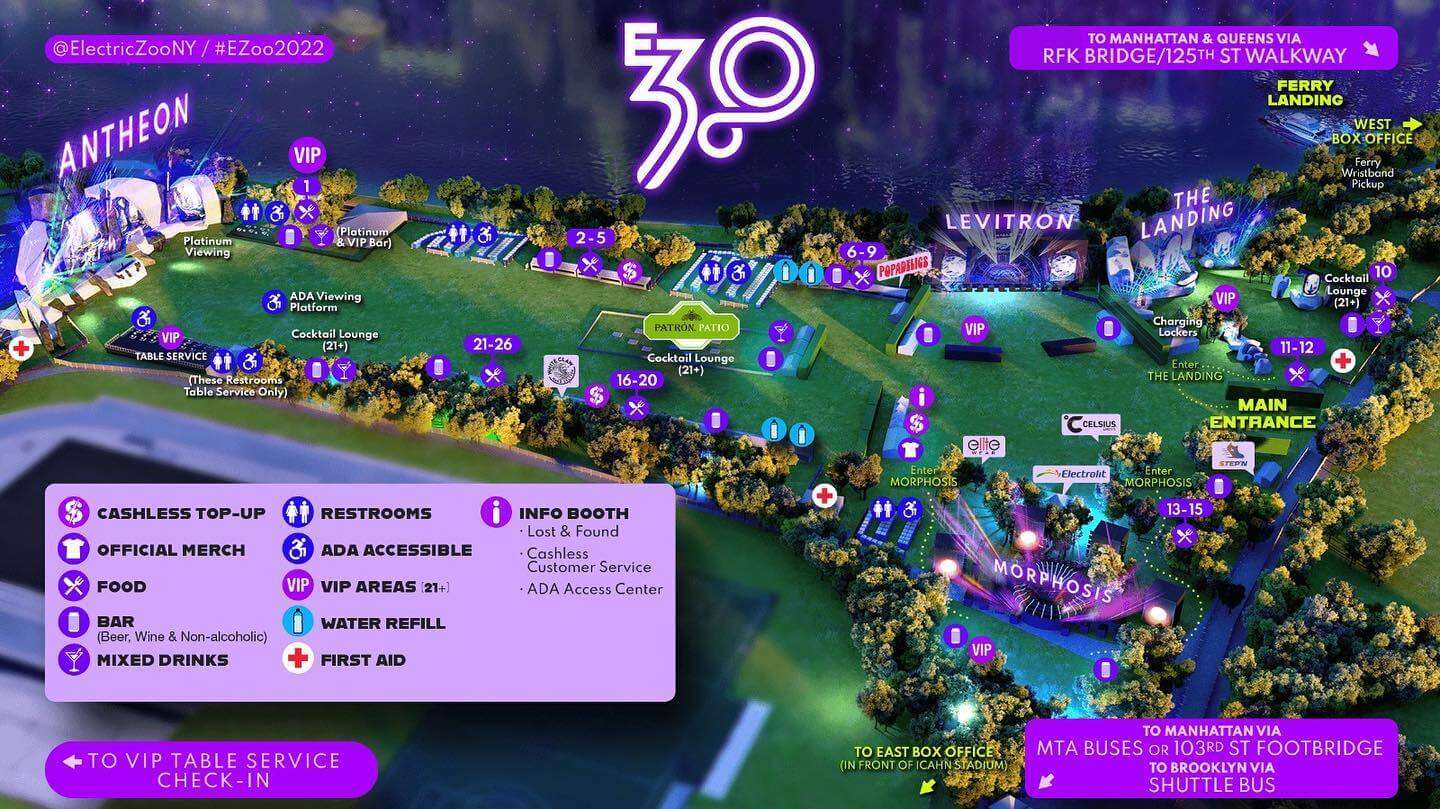 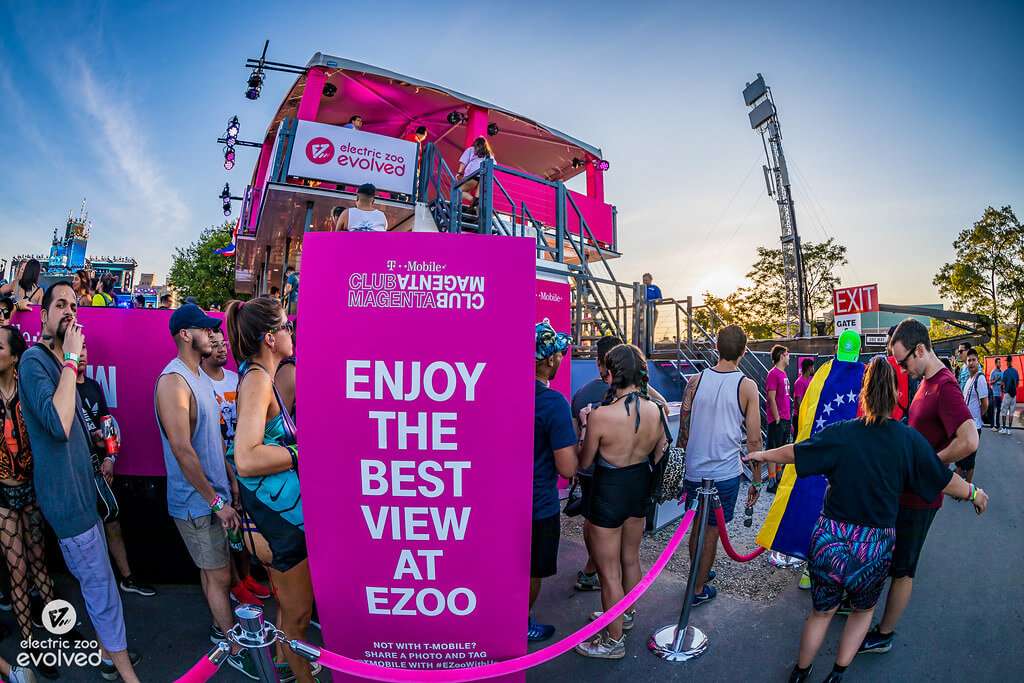 After eleven years, global techno pioneer Carl Cox will triumphantly return to the Electric Zoo. He will perform a rare US festival set while showcasing highly sought-after live acts at his Carl Cox Invites stage. Sunday, September 4, Loco Dice, DJ Holographic, and more will take over The Landing. 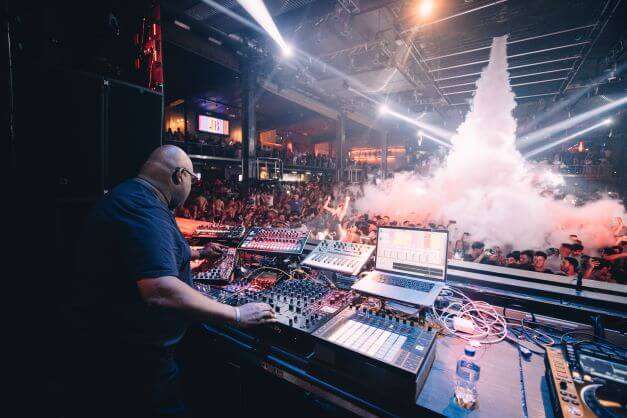 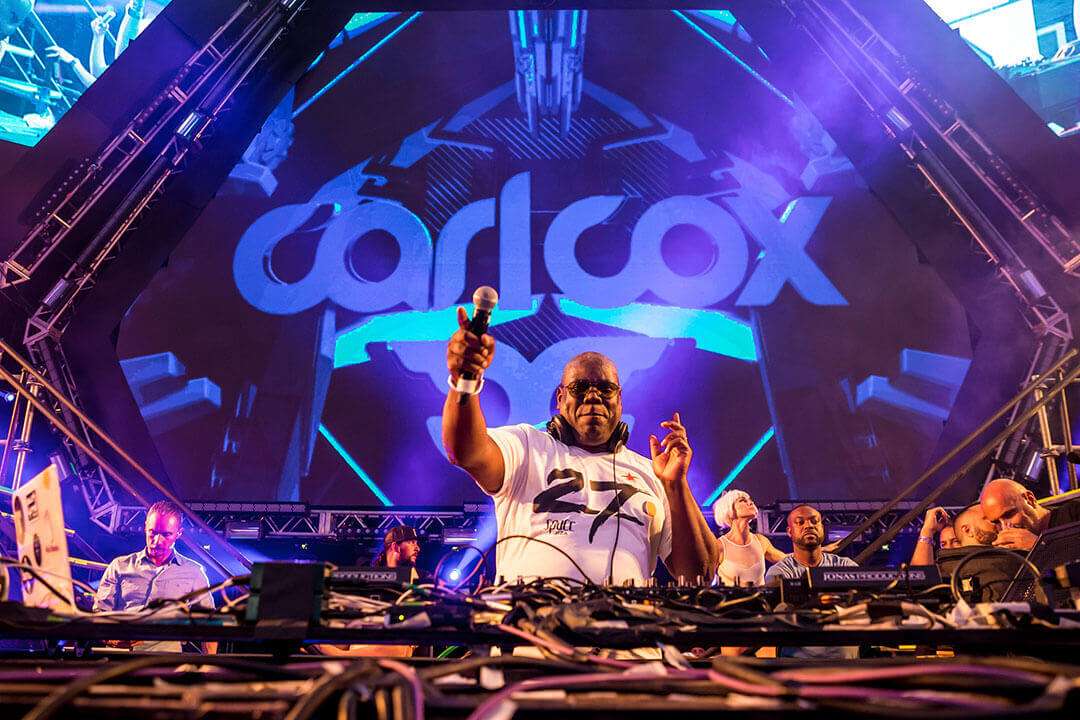 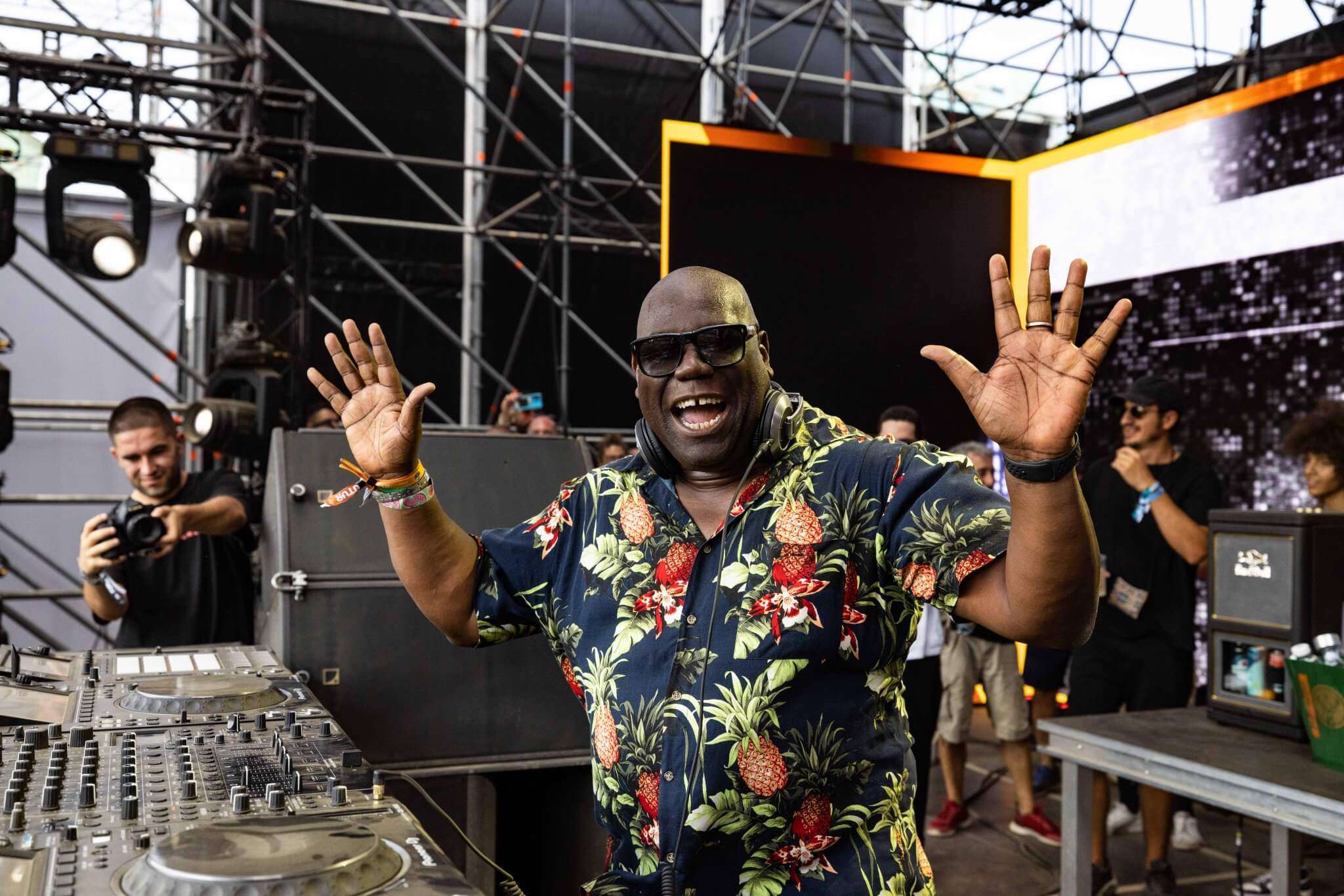 The notorious LA party brand is known for bringing the craziest vibes and unearthing genre-bending of dance music. On Friday, September 2, a taste of the west coast to the east coast will be their fourth Electric Zoo appearance by taking over Morphosis. 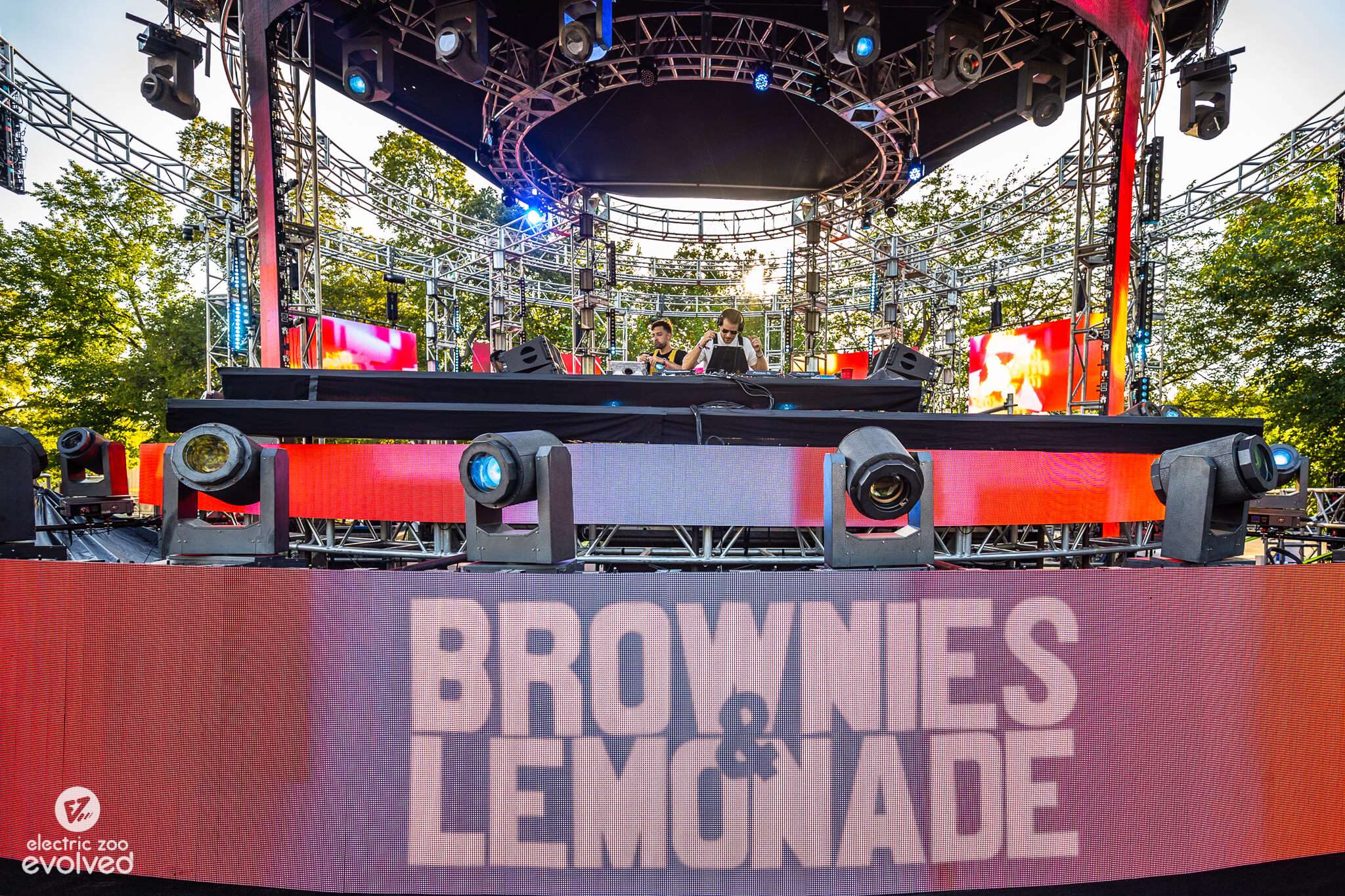 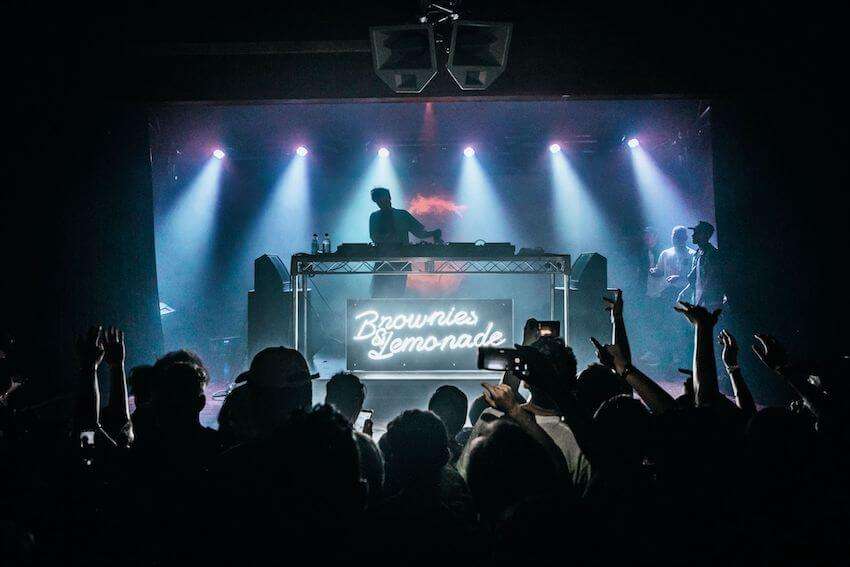 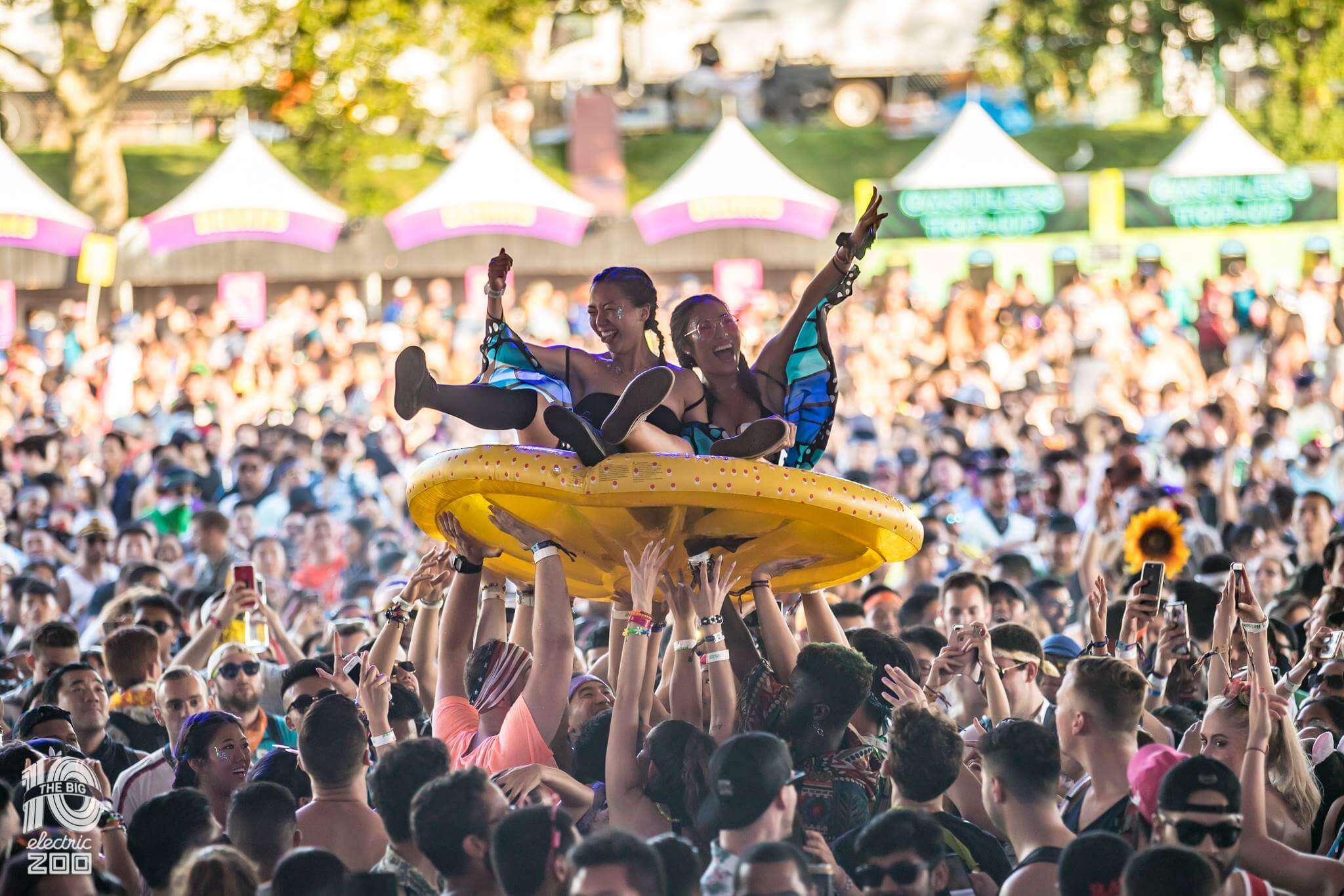 Electric Zoo 3.0 has no shortage of rising, from the emotive sounds of Pauline Herr, the thunderous beats of A Hundred Drums, to the bass-friendly, euphoric and dark melodies by Redrum and effervescent electronic pop productions of Moore Kismet. 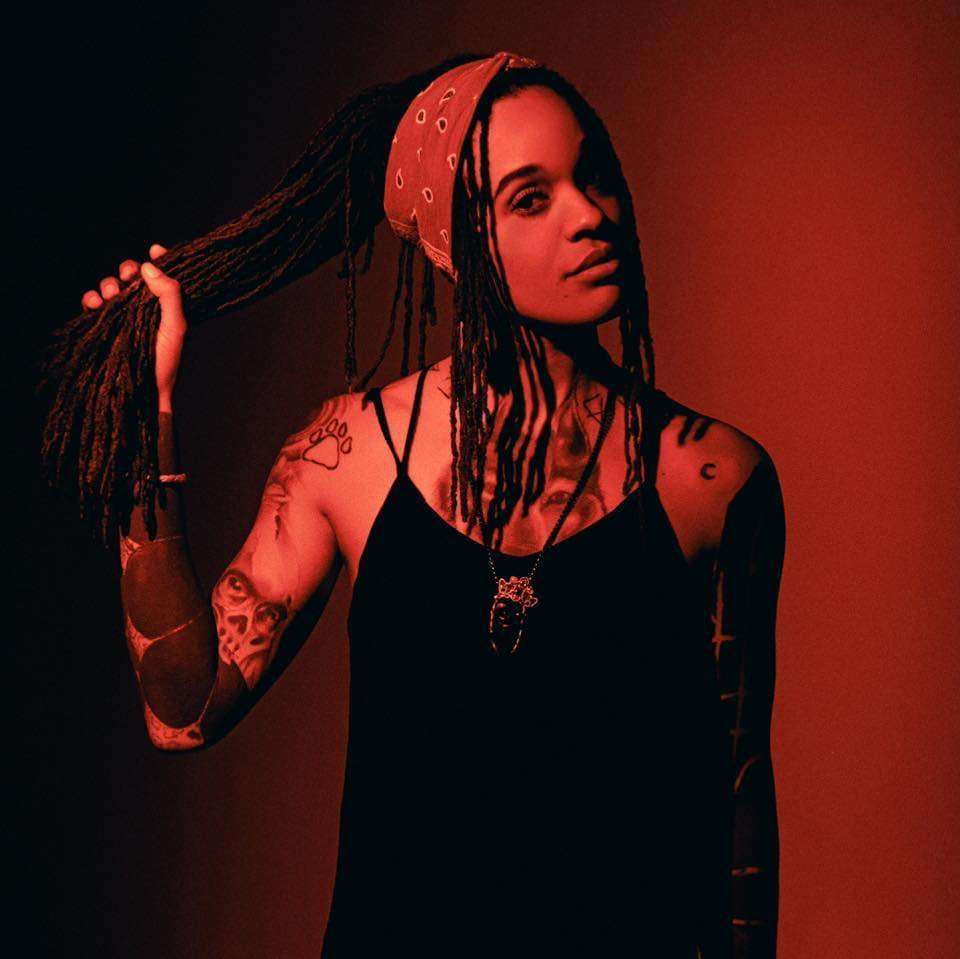 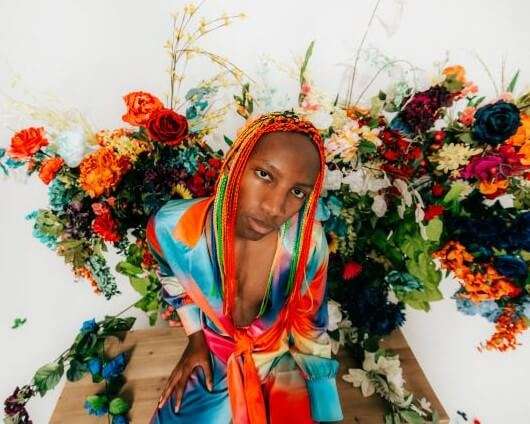 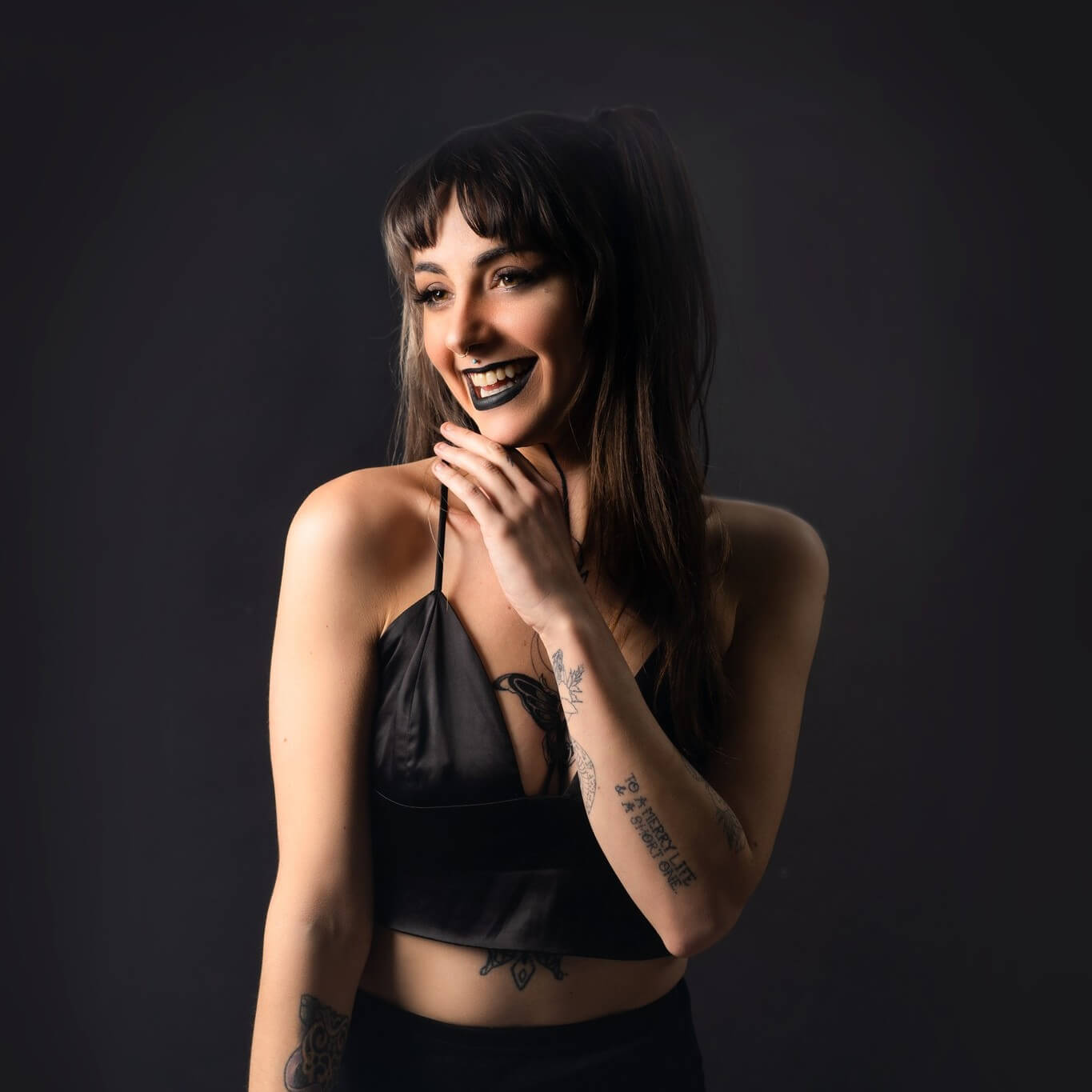 Tchami will return to Electric Zoo while also curating his very own stage in the name of his imprint, Confession. The stage will feature some of house music’s most profound heavy hitters, like Malaa, Matroda, Capozzi, Wax Motif, and more. They will all be taking over The Landing on Friday, September 2. 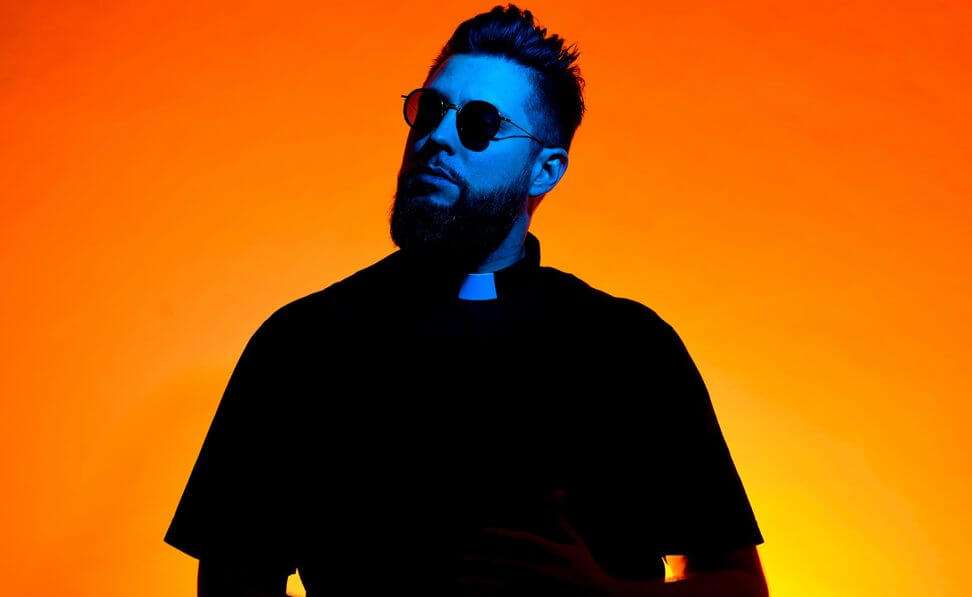 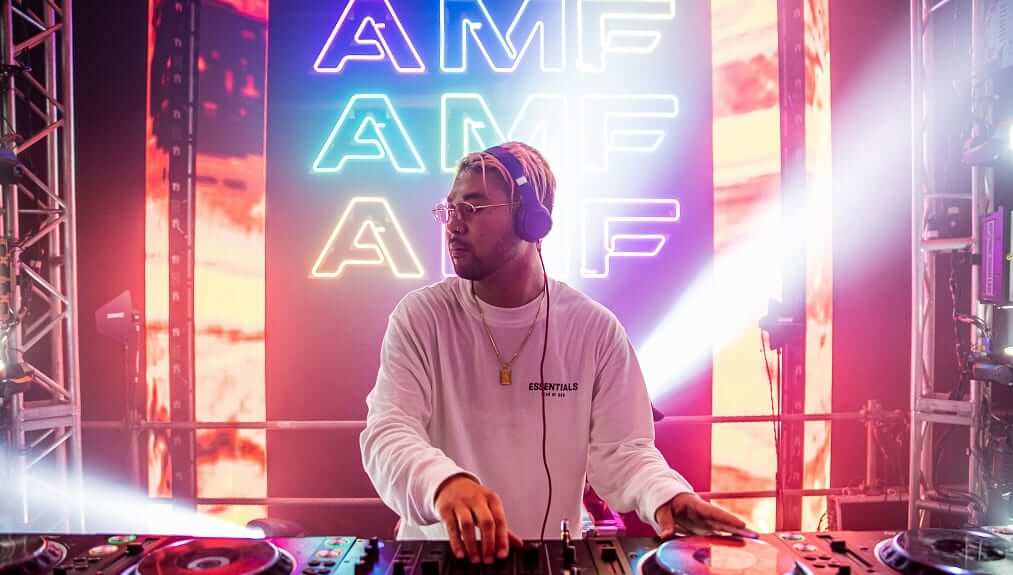 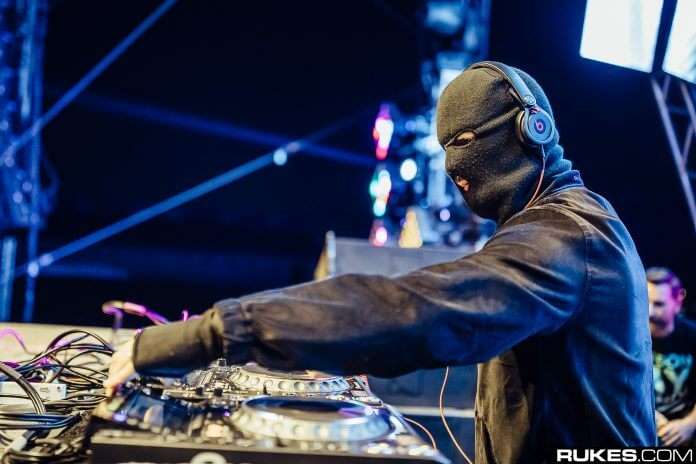 Electric Zoo is New York City’s best and most prominent electronic music festival, and it wouldn't be a proper party without performances by native New York artists. Be sure to catch artists like Charles Meyer, Truth x Lies, and RNÉ representing their home city. 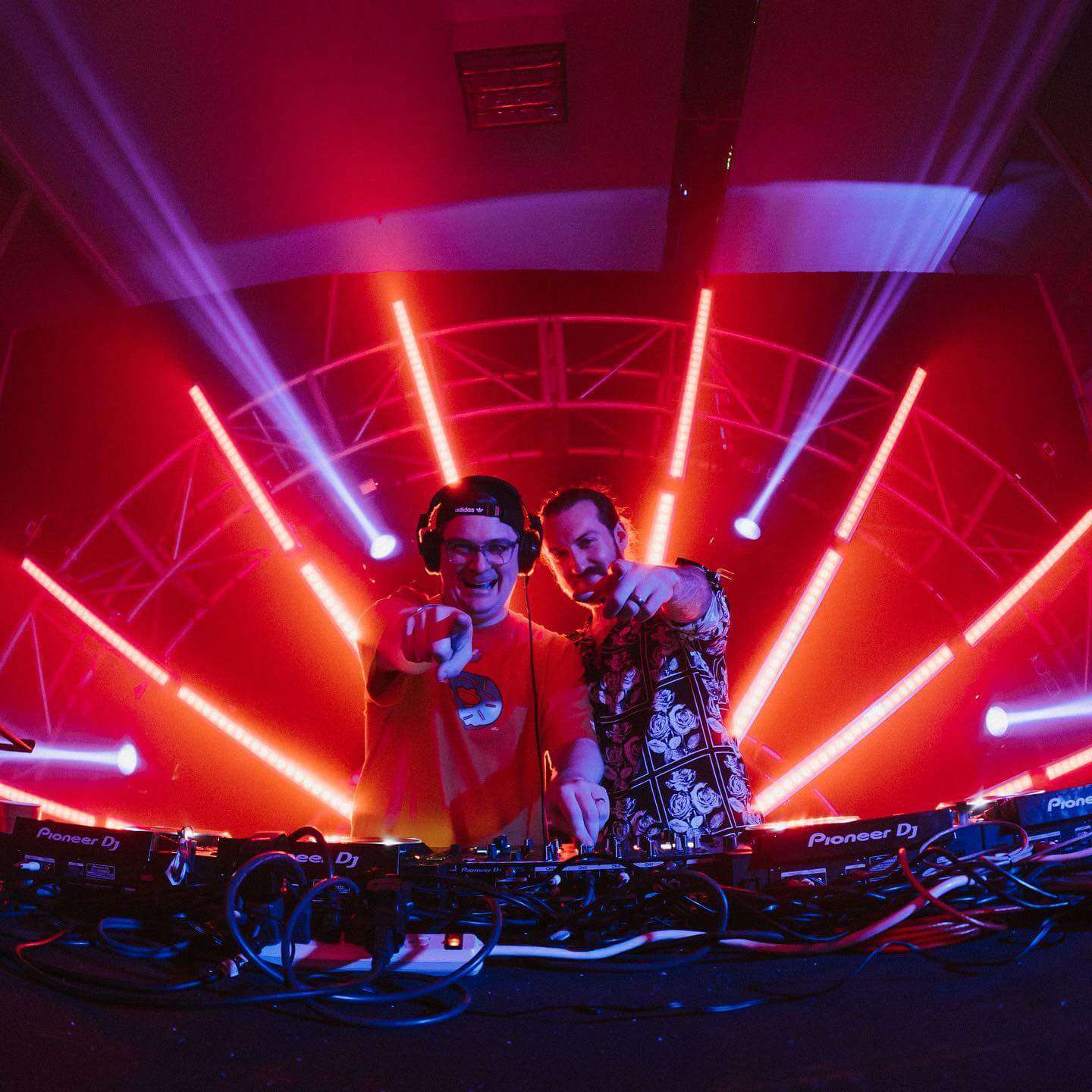 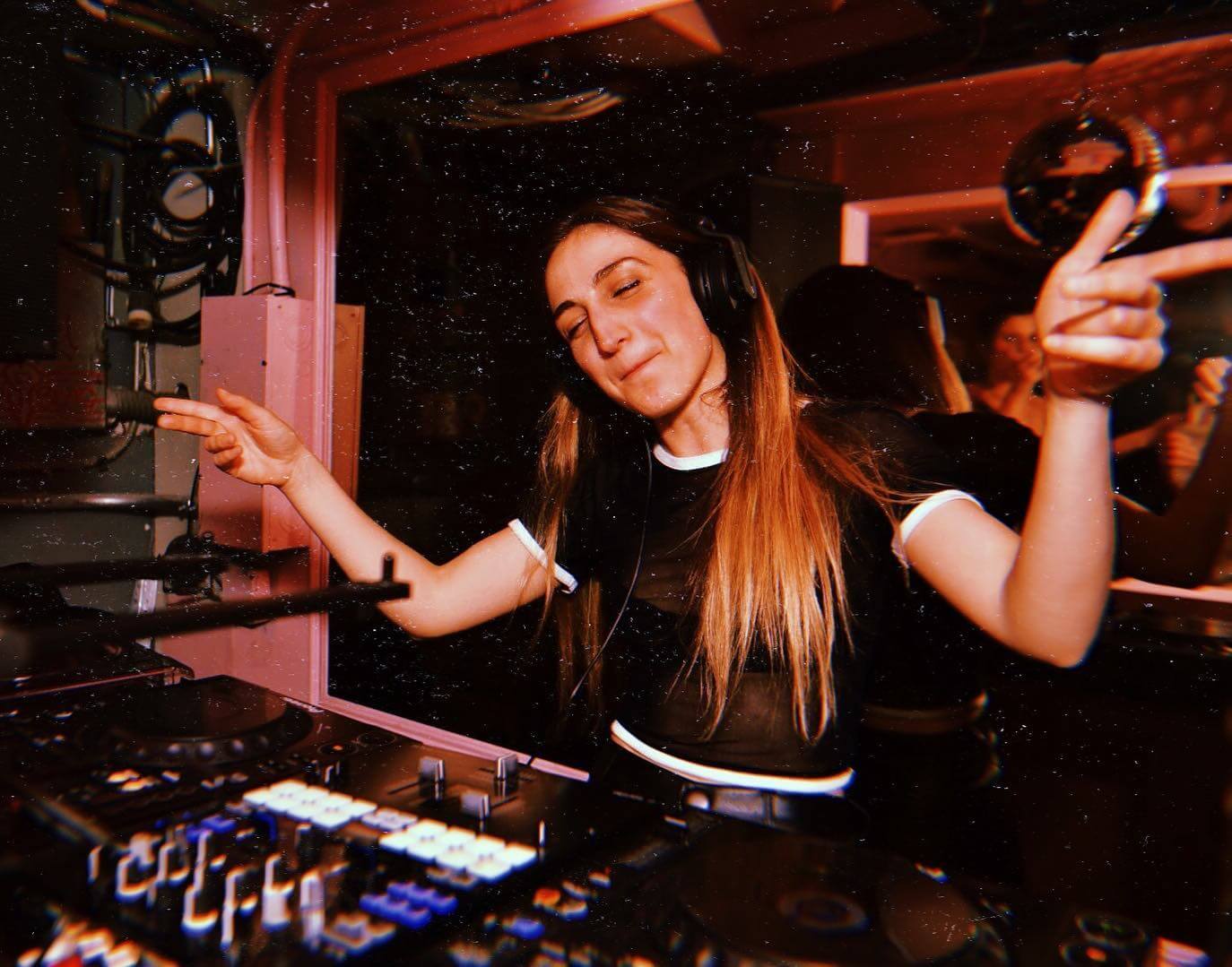 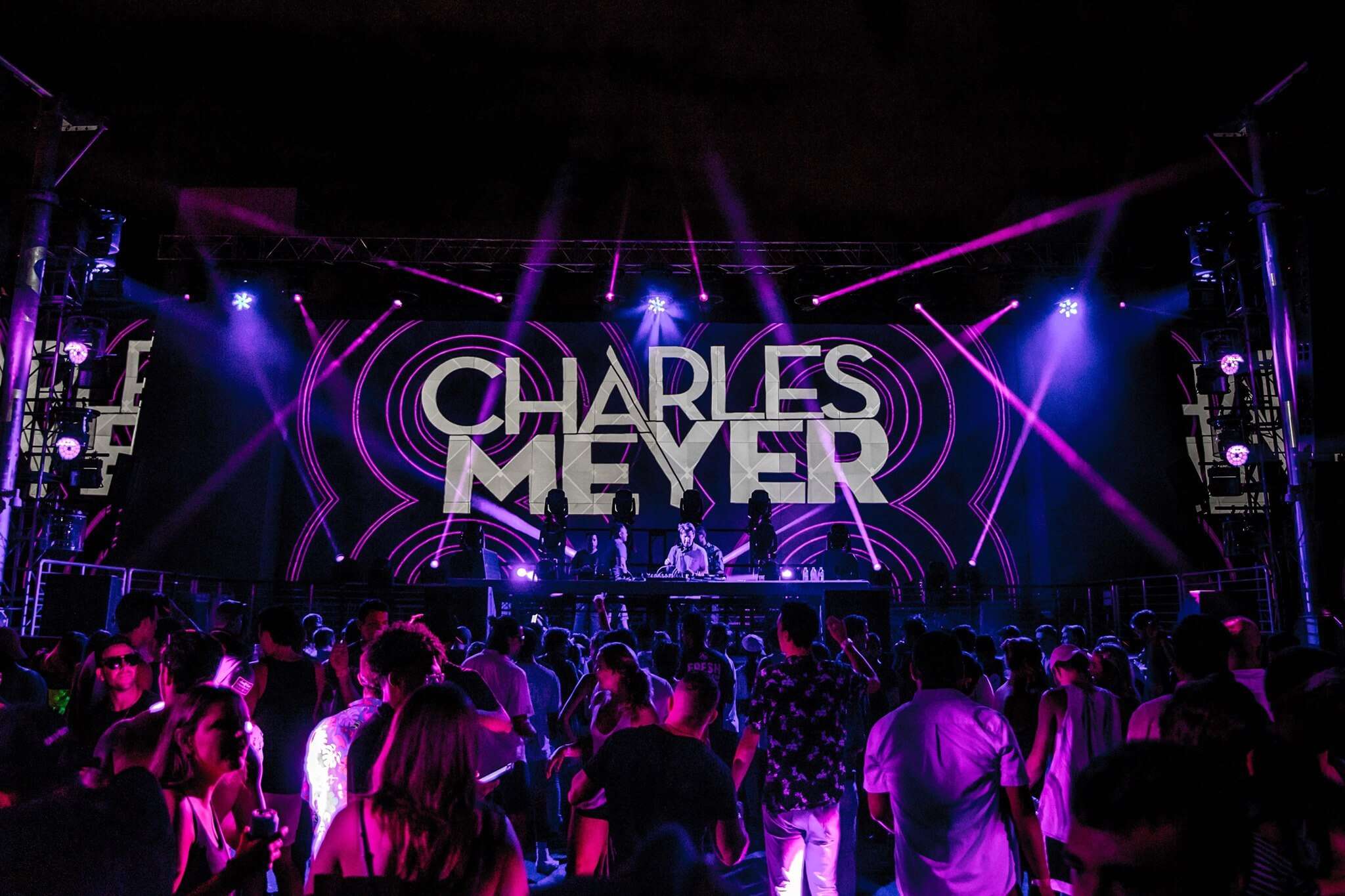 EZoo pushes boundaries on creating the best festival experience, especially with its interactive installations. Whether headbanging at the main stage or drifting around the grounds with your friends, the installations are the perfect meet-up spots and photo shoots for social media. 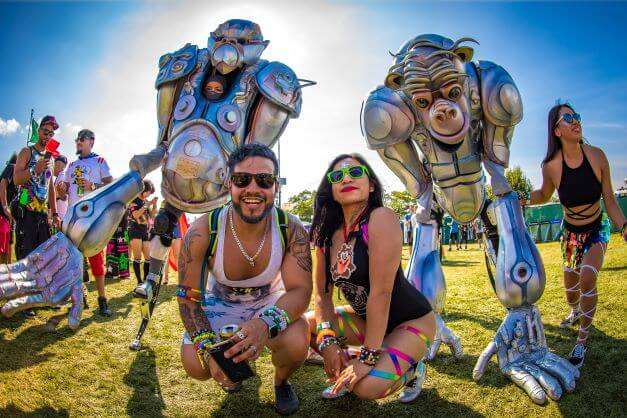 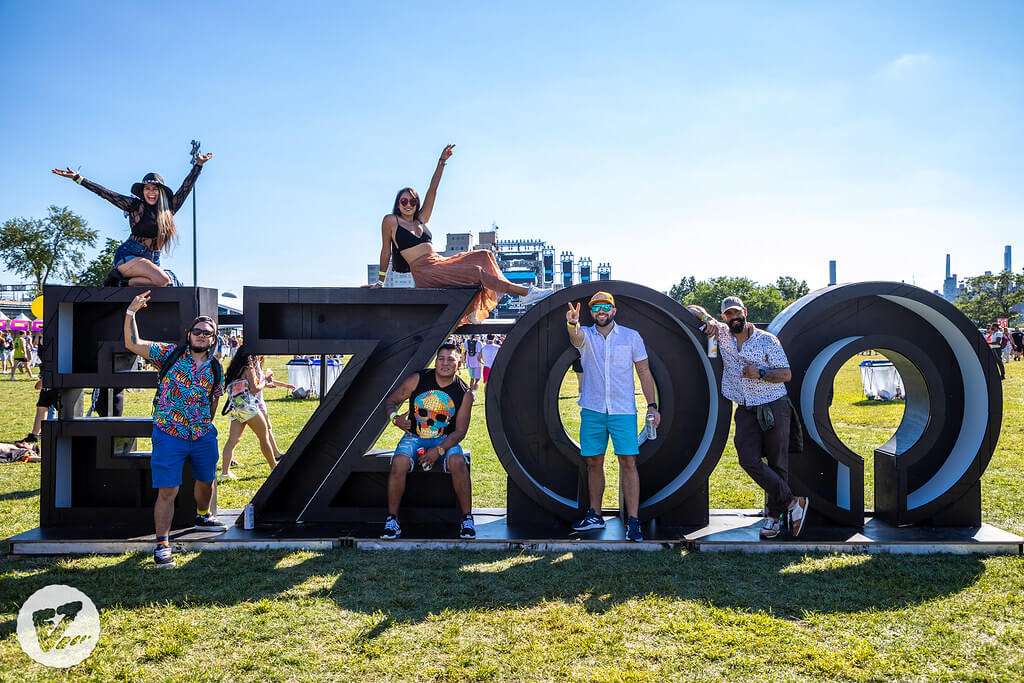 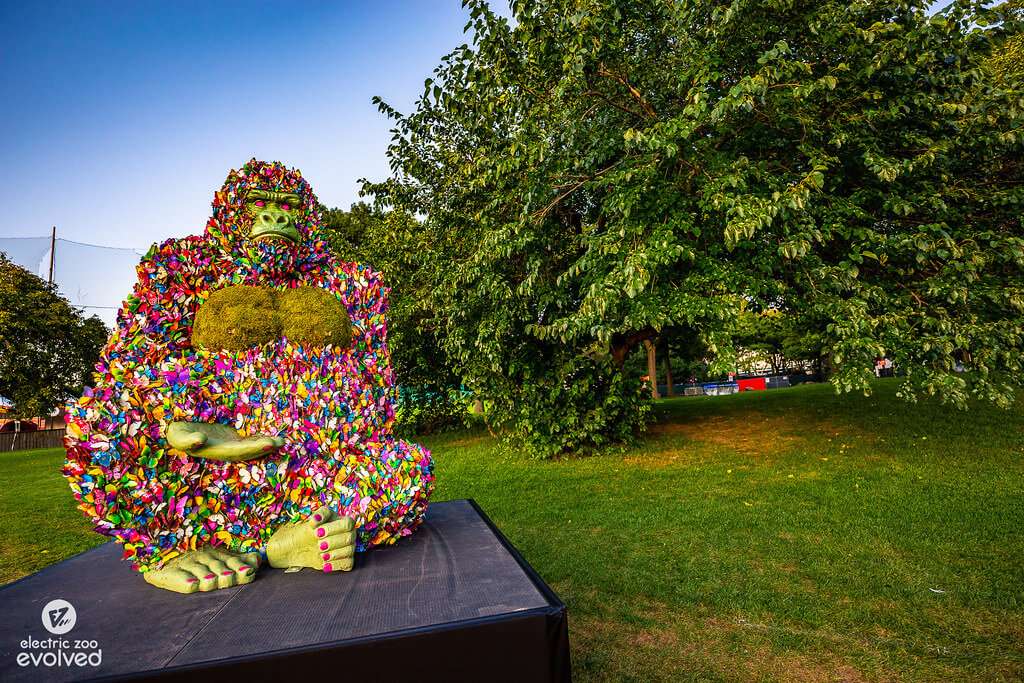 Ezoo attendees know how to dress to impress. Each year festival fashion evolves and changes. The diverse lineup will follow diverse festival outfits. Ranging from bass-heads, techno aliens, house music lovers, and EDM Kandi. There are so many different styles of fashion matching the multi-genre lineup. 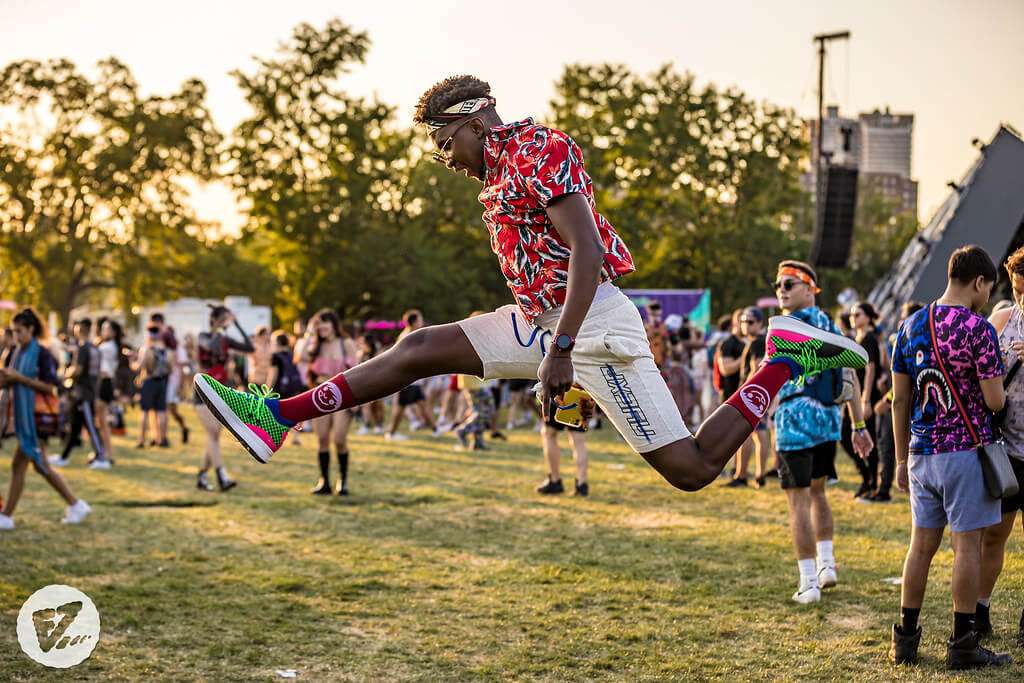 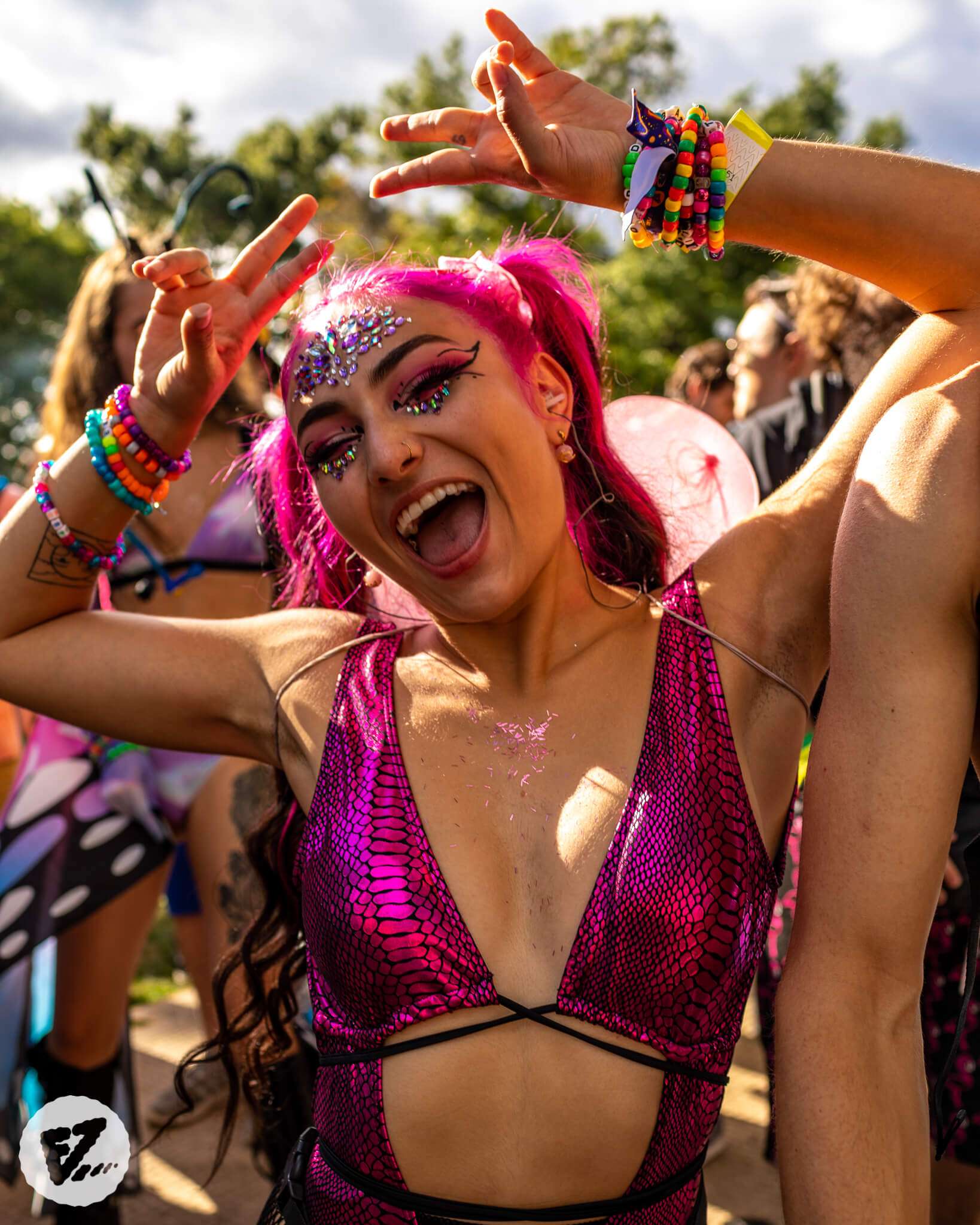 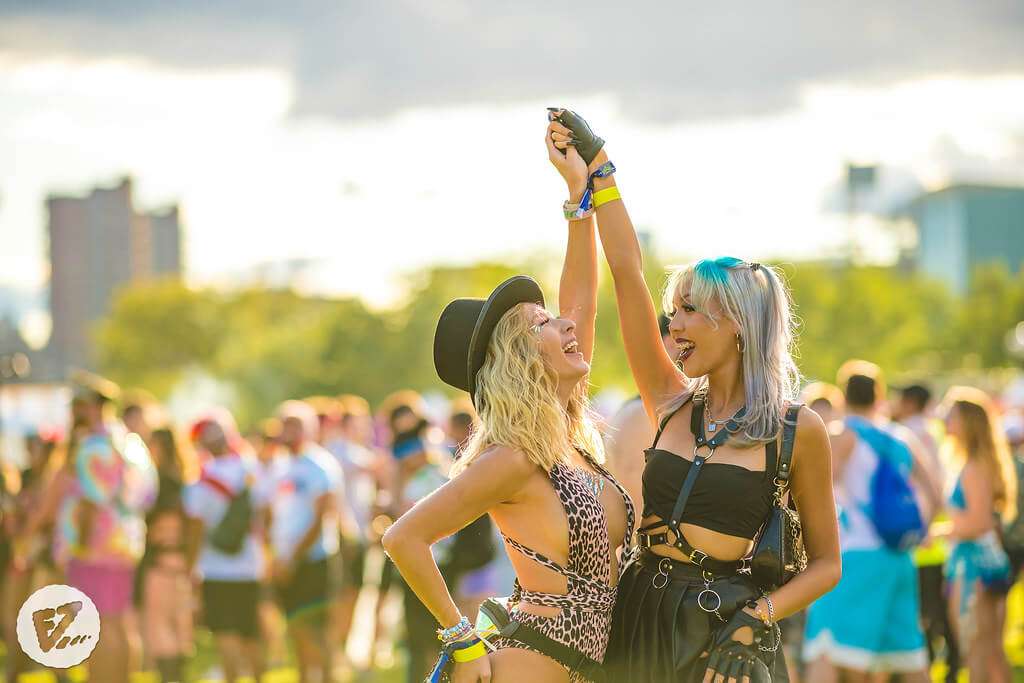 It’s the best part of the entire festival. Add the view of the city skyline along the surrounding water with the golden sun shining down, it's a famous sight to see. Catch exquisite Sunset Sets from Diplo on Friday, September 2, DJ Snake on Saturday, September 3, and Subtronics on Sunday, September 4. 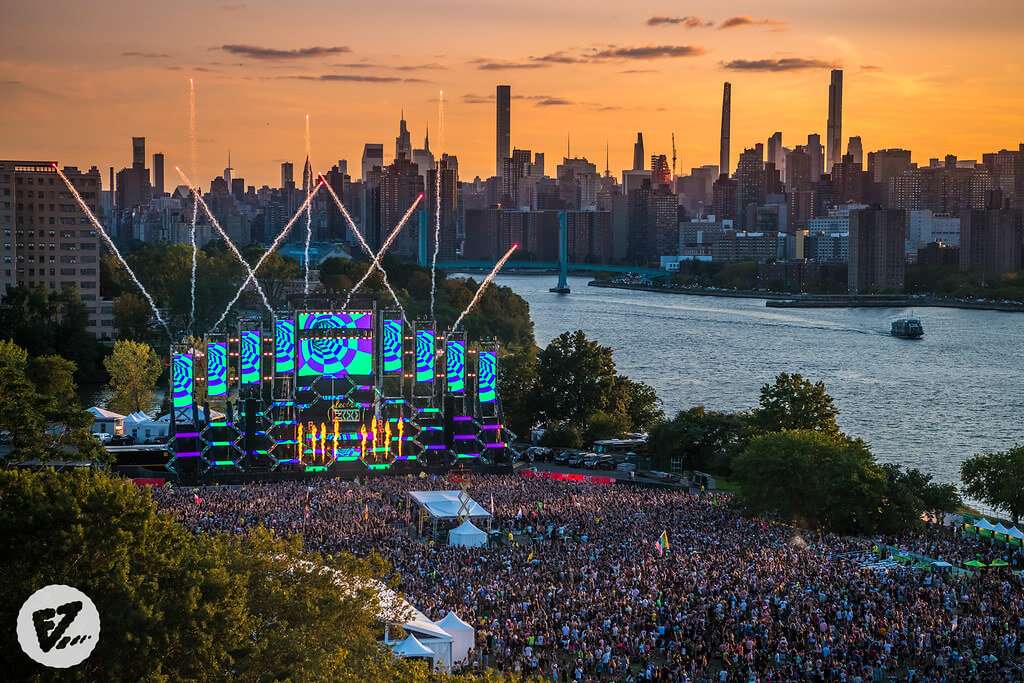 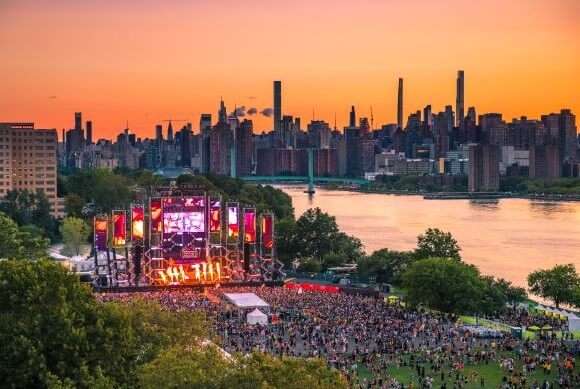 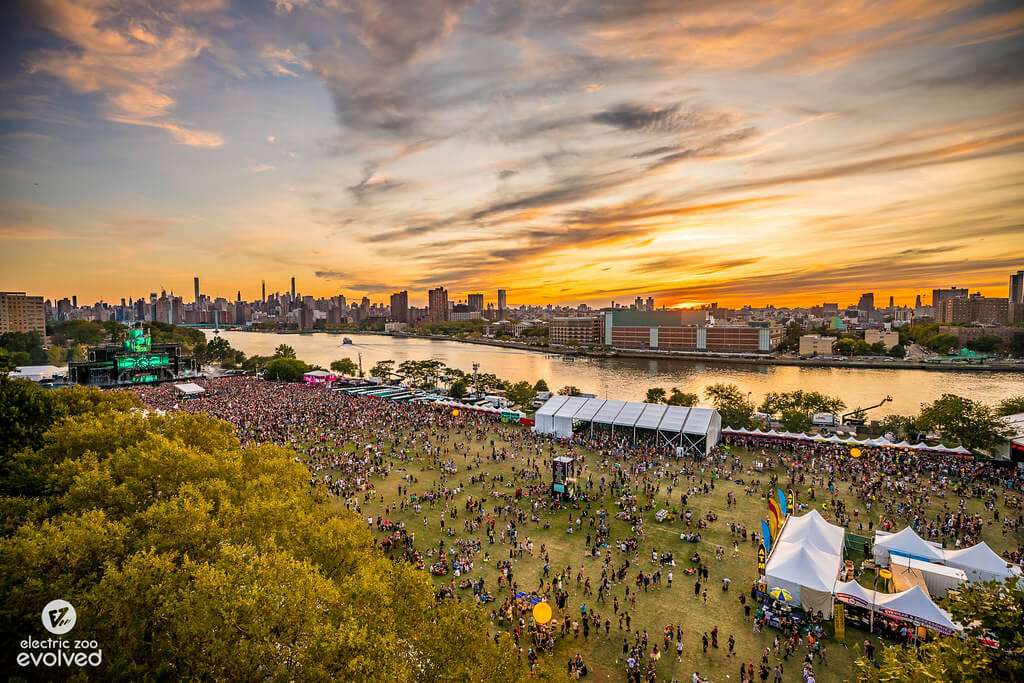 EZoo is going all out with a massive lineup of afterparties for those who want to keep the party going this year. On Friday, September 2, Tchami, Malaa, and Matroda at the Great Hall, Avant Gardner. Afrojack will perform at Marquee and a special Brownies & Lemonade take-over party at Webster Hall. Followed by Saturday, September 3, Camelphat and Cristoph will perform at The Brooklyn Mirage. At Webster Hall, Lab Group will perform. Lost Kings will play at Marquee, and Cheat Codes will play at Lavo. Rounding up the Labor Day Weekend with more after parties from Martin Garrix and Justin Mylo performing at The Brooklyn Mirage. This will be Martin Garrix’s debut event at the iconic New York venue. Over at the Great Hall will be CloZee’s Odyzey Music Takeover. A dubstep takeover with Subtronics, A Hundred Drums, and more at Webster Hall. Andrea Oliva and Chelina Manuhutu will play at Quantum. The party continues with Loco Dice at Superior Ingredients Roof on Monday, September 5. All tickets for each are available on the official Electric Zoo Festival site. See below the full Made Event after-party lineup.

New York’s renowned Electric Zoo is this year’s most evolved festival yet, as they recently announced the new 3.0. The theme shows the festival joining the technology revolution dominated by Web 3.0 and innovative tech. The electronic music festival will be on Labor Day weekend, September 2-4, at Randall’s Island Park. Tickets go on sale this week. Register for pre-sale access.

The taste and trends of dance music are changing, and EZOO was determined to create their lineup to satisfy their community. Through feedback and choices in the EZOO Artist List surveys, fans asked for more house and techno, and Martin Garrixwas the number one requested artist. Did your favorite artist make it on the 2022 lineup? Many top elite names on the lineup include John Summit, Diplo, and Carl Cox. However, if you look closer, there are talented artists that fans are unaware of. Instead of being packed in the crowd at a busy stage, head over to these unexpected artists.

She just completed her sold-out tour with Liquid Stranger. Her style of dark wub bass has been reaching a wide range of audiences. Follow the witch closely laced with tranquil vocals, hypnotic melodies, and dreamy soundscapes. I met her at the Forbidden Kingdom Festival last year, and she has an incredible personality matching her exuberant action-packed sets.

She is a 24-year-old producer and DJ plus a label owner from San Jose, Costa Rica. She is known for performing extremely energetic sets; she will make you dance and sweat with her techno and tech-house beats all night. She is a force to be reconded with; keep an eye on her.

A producer and DJ from the UK. Bringing his unique brand of energy-infused house music to EZOO. His style features giddy rhythms buttered with soulful chord progressions that glide across a wide emotional spectrum. Classic house feelings filtered through a contemporary lens.

A local New York house DJ. Known to mix easygoing disco vibes with deep baselines. She has performed at Schimanski, Elsewhere, Downtime, Drom, and SoHo Rooftop parties. She takes listeners on a progressive journey that keeps them on their feet.